I’ve been recently asked by Eventbrite to reflect on the topic of giving back. This is something we should all take a step back and think about; when was the last time each of us did something to help others in need? There’s so much misfortune all over the globe and quite often we find ourselves turning a blind eye to the tragedy after tragedy that whirlwinds around our planet. It may create less heartache to sometimes ignore the pain and misery our fellow human beings are suffering through, but perhaps it’s time for us all to ask ourselves this question: are we really doing enough?

How often do we actually reach out to those less fortunate than ourselves? Nowadays there’re so many different charities and organisations, it’s made so accessible for us all to share that little bit of love, extend our hands in helping humanity to prosper all over the universe. It’s also about appreciating the life we’ve all been blessed with. Many of you will be sat at home: safe, happy, healthy. Good fortune isn’t something that should be coupled with guilt, but instead gratitude – an attitude that wants to give back!

Growing up, me and my siblings have always been encouraged to give whatever we can, with a strong belief that by giving you are only enriching and purifying your own possessions and by no means diminishing your wealth. There are several causes that are meaningful to both me and my family which we like to try to support in the way of donations or fundraising. Below I have mentioned a few of these.

The first is natural disaster relief: tsunamis, earthquakes, floods, drought. This is something no person can surely imagine unless they’ve gone through it themselves – to have everything in one moment and nothing in the next. Life can take so many unexpected twists and turns: whole cities and even countries of people sometimes find themselves at the brink of devastation, having lost their homes, their belongings and everything within a split second. Disasters like this can befall absolutely anybody and I strongly believe that it’s imperative that you’re willing to help in the same way that you’d want others to if you were in that situation.

There are also many places all over the world which have been torn apart by warfare. My heart bleeds to think about people who have lost everyone they’ve known and loved – parents having to accept that they no longer have any children; young children who have become orphans within seconds. The thought of the pain that these people are feeling is something which always brings tears to my eyes. We always try to donate to help send aid to areas that have been devastated by persecution and to help refugees rebuild their lives. The most recent of these was towards the Rohingya crisis (you can donate here).

From my own life something I do highly value is education and this has led me to be a strong advocate for provision of free education for all the children of the world. Every person should be given the opportunity to create their future. I consider Malala to be a very influential figure in this fight and her work for the education of young girls ever inspiring. On a smaller and more local note, we as a family do always try to support the fundraising events used to help better the schools in our area.

Alongside education, the provision healthcare equally and fairly amongst all people is something I’m always in support of believing it to be a fundamental human right. I have been a volunteer at my local hospice for over 2 years now and have also spent some time volunteering at a few different hospitals in the area. Mental health services and cancer support and research are areas amongst many others which I take a deep interest in.

A few years ago I attended a huge fundraiser which was organised by Human Appeal: a 12 city charity performance in aid of the Syrian people. It was a very enjoyable event with a live performance by 3 influential artists, a comedy act as well as a charity dinner. But the best thing about this event by far was the incredible £3.1 million raised! This is perhaps one of the greatest and most immensely successful fundraising events I have attended!

If you live in the UK, you’ll be familiar with Comic Relief – a major charity with a vision of a just world, free from poverty. Red Nose Day is an annual event raising huge sums of money for this worthwhile cause. A few years ago me and a group of my friends decided to take a more active role in raising money by setting up a really successful fundraiser at our school in which we played a contribution to the huge sum of money raised in that year. 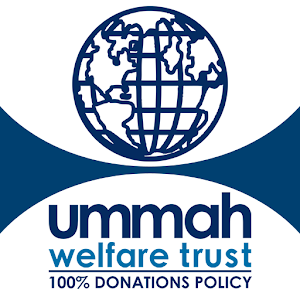 A few years ago, when I was still in school I decided to take up the  Kidz4Kidz fundraising project raising money for Ummah Welfare Trust. As a family we organised a community event in order to raise the money which was then used to provide gifts to Syrian and Palestinian refugee children in Jordan, flood-affected children in Pakistan and displaced children in Somalia. It truly is a brilliant initiative used to encourage children around the world to give more to fellow children.

Mental health plans such a vital role in our overall wellbeing, but isn’t always regarded with the same level of importance as physical health. In an attempt to do our part to change attitudes on a local scale a community stand and fundraiser was set up for the mental health charity, Mind.

I have attended and played a role in organising quite a few fundraising events, many of them being for quite localised causes. I do hope to continue to play an active role in charity work and alongside that I have aspirations to upscale, bigger and better and projects I work on. I know I’ve barely just scratched the surface as there are so many worthwhile causes out there. That’s why there are many many things I hope to do one day to touch more lives around the globe in some way. Here are some of the things I’d love the opportunity to do one day…

The run raising money for Cancer Research is always something I have wanted to do. With some training I should hopefully be fit enough to tick this off my list. I’m not someone who loves running, but knowing that you’ve helped to support such an important cause will make it so worth it!

Imagine being able to provide a child who’s lost everything through war or a natural disaster with the support to give them the opportunities that any other child in the world would have. There can be no greater sense of reward.

Many developing countries simply do not have the resources available to provide free healthcare or education to everyone. Being involved in fundraising for the provision of an institution such as this would help many people and definitely something I’d hope to be involved in.

There are so many things you can do to help humanity to rise and prosper. The opportunities and causes definitely aren’t scarce, you don’t have to look very far at all. Just look around you, ask yourself what matters to you and work to better the world in some way. It doesn’t have to be difficult, in fact Eventbrite have a very useful resource that you may want to check out got help you with setting up your fundraising. Good luck and now let me leave you with the famous words of Nelson Mandela: